Wonderful World of Building Robots
Click to Expand the Menu 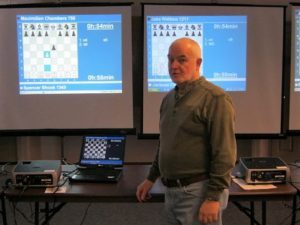 Paul Szeligowski has taught chess classes at schools throughout Boulder County. In the Boulder Valley Chess League various teams he instructed took first place from 2007-2011 and also in 2013 which was the last year the league existed. He has provided commentary at the Colorado Scholastic State Tournament, and at least one of his private students has become champion in their section each year from 2007-2017; and many years he has had multiple champions and numerous students finishing in the top places. He founded the Boulder County Chess School. He is a noted chess author with many articles published beginning in the 1970’s.

Copyright © Kids2GLOW 2019.
All Rights Reserved
Register a Class Ask a Question About Us Partners